My first visit to Norway was at the beginning of November 2018. I had a number of questions I needed to ask John Arne Bjerknes, a partner and design director at the Nordic Office of Architecture in Oslo, and given that much of the story of The Nesting pivots on the construction of a summer house in a remote part of Norway, I needed to meet with him as early into the project as possible.

I felt honoured to meet John. As soon as I arrived in Oslo, I was standing in one of his buildings – Oslo Airport Terminal. He also designed the National Museum in Oslo and the New Government Quarter, and an entire city centre just outside Bergen. But he was incredibly gracious and assisted not only with my questions regarding planning permission but gave me a quick lesson on the ‘laft’ technique, a traditional method of building that involves slotting pieces of wood together to create a house. I visited the Folk and Culture Museum to see examples of these: 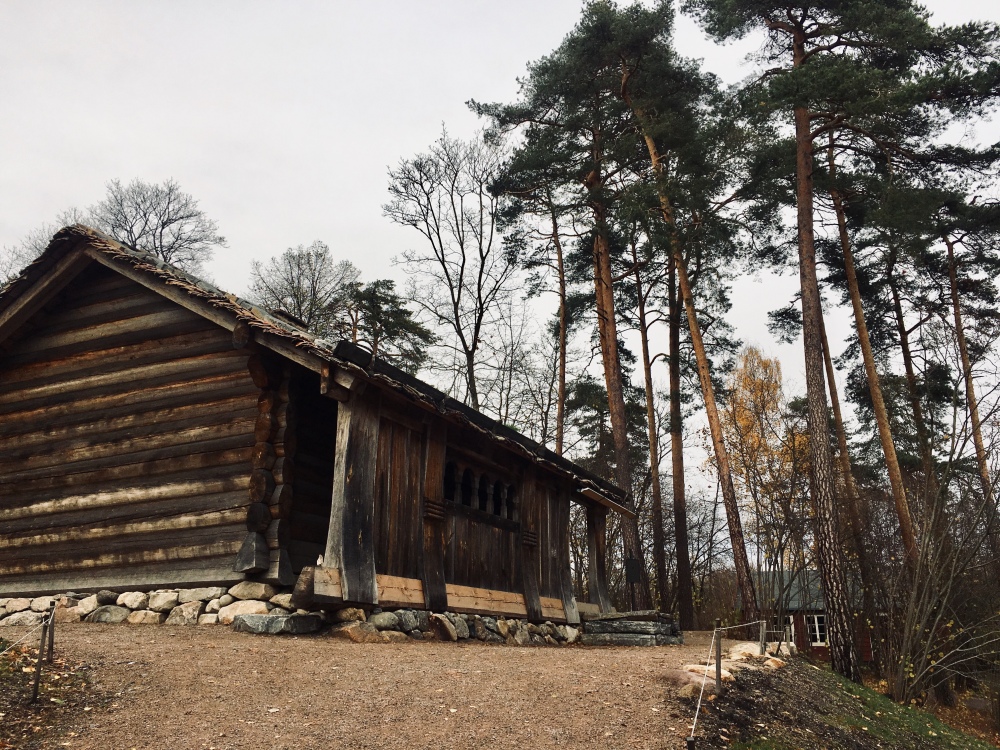 When I decided to go to Crete to research my first psychological suspense novel, I Know My Name, I couldn’t have anticipated just how many ways that actually experiencing the place where the book was set would benefit the writing process, and it was the same with my visit to Oslo. I made sure to chat with as many people as I could – luckily Norwegians speak really good English, and I actually got chatting to a girl from my home town of Belfast! – to pick up tips, such as (a) Norwegians don’t like queuing (b) but they’re incredibly honest – no one checked my train or underground pass the whole time I was there, and there were no ticket barriers in operation and (c) they’re very concerned about climate change, with snow arriving later in the year (the last two Christmases in Oslo were snow-less, which one woman said was unprecedented) and the temperatures rising.

One of the characters in the book, Aurelia, has Norwegian ancestry, detailed in an old family journal that she treasures. To research this I went to the Viking Museum. Oh. My. Word. WHAT a place! It was an incredible museum. In the main hall sits an actual Viking ship which is more than 1200 years old. The Vikings buried the ship containing the dead Queen tucked up in bed and surrounded by cooking utensils, animals, jewellery, and even exquisitely carved wooden sledges. They buried the ship in blue clay, and did such a fine job of it that the ship was extremely well-preserved until it’s discovery in the early 20th century. The detail on the ship as shown above was so beautiful that I felt they must have loved this ship. 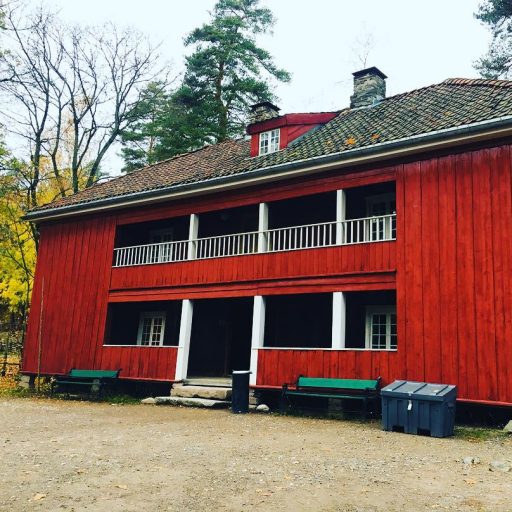 One very serendipitous find was this red house. There are a number of such red houses all over Norway, but this one sent shivers up my spine. In The Nesting, Lexi, Tom and the children stay in an old red house while the new, ultra-modern summer home is being built overlooking a fjord. The red house in sandwiched by woodland, and this house was exactly how I envisaged the one in the novel, right down to that deck and the trees surrounding it. I felt shivers up my spine when I approached it. A sense of excitement, as though the story was real and not just a figment of my imagination.

This is why I believe wholeheartedly in visiting the place in which the story is set. I’ll be going back to Oslo, a little further west and north this time, and at a different time of year. Watch this space!